WHO Validates Trachoma Elimination in Nepal. 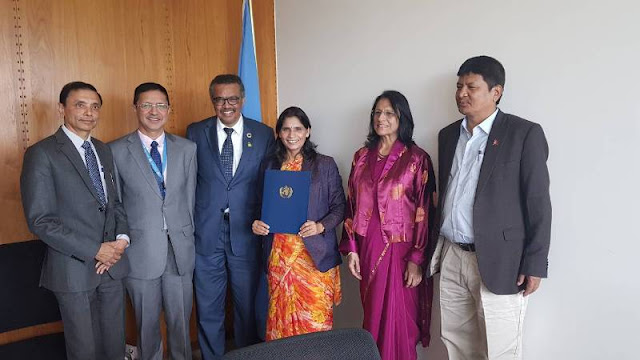 Few Decades Earlier, Nepal was one of the countries with Highest Prevalence of blindness. The First-ever blindness survey conducted in Nepal in 1981 showed Cataract and Trachoma as the leading cause of Blindness. Different actions were taken by IAPB and Nepal Netra Jyoti Sangh to eliminate trachoma from Nepal. Different campaigns were run by Nepal Government and Multiple surveys were done during this phase to see the changes in the Prevalence.
The elimination survey done in the year 2017 showed Trachoma, below the WHO threshold. The paperwork was submitted to WHO for validation. WHO has finally validated Nepal’s effort and declared Nepal to be a Country free from Blinding disease Trachoma. The Eradication of this eye disease is nearly impossible in developing nations like Nepal, but for the present, Nepal has eliminated the causes for Trachoma from the country.
National Trachoma control was started in the year 2002. 10.6 Million doses of Zithromax have been administered and 15,161 people had eyelid surgery for Trichiasis. Percentage of blindness from Trachoma in 1981 was 2.4% which reduced to 0.6% in 2011. Nepal Netra Jyoti Sangh had the target to eliminate Trachoma by 2017. The Final Trachoma Elimination survey done in different districts of Nepal showed Trachoma to be below the WHO threshold. Nepal is the sixth country to be validated by WHO as Trachoma Eliminated country. Nepal joins Oman, Morocco, Mexico, Lao PDR and Cambodia as countries validated by the WHO as having eliminated trachoma.
Mr. Shekhar Sharma has worked for local NGO, Nepal Netra Jyoti Sangh, since 2002. Using WHO’s SAFE strategy (Surgery, Antibiotics, Facial cleanliness, Environmental improvement), Nepal’s Trachoma Program has been working to eliminate trachoma, with antibiotics donated by Pfizer through the International Trachoma Initiative.

Mr. Shekhar says, “I have received much satisfaction in this work because trachoma was once the second leading cause of blindness in Nepal, and we had identified 20 districts as endemic for trachoma. We fought against trachoma in these districts and implemented the SAFE program.This has helped to increase the socio-economic conditions of our people and country. It has brought social changes also.”
USAID has supported Nepal’s efforts to fight neglected tropical diseases (NTDs), including trachoma, since 2009. ENVISION is an eight-year project funded by the U.S. Agency for International Development (USAID) aimed at providing assistance to national NTD control programs for the control and elimination of seven targeted NTDs: Lymphatic filariasis, Trachoma, Onchocerciasis, Schistosomiasis, and Three soil-transmitted Helminths (Roundworm, Hookworm, Whipworm). ENVISION contributes to the global goal of reducing the burden of targeted NTDs so that they are no longer a public health problem. 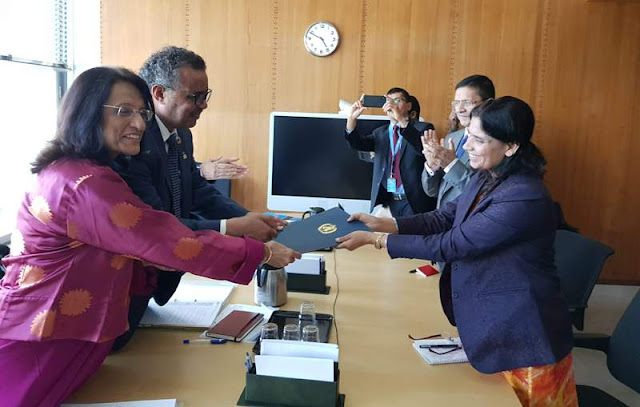 On may 20th, 2018 Director of World Health Organization, Dr. Tedros Adhanom Ghebreyesus presented a certificate of Validation and appreciation to the Health and Population minister, Padma Aryal. The certificate was presented in Geneva, Switzerland in the event of World Health Assembly.
Dr. Tedros also twitted about this great achievement from Nepal. 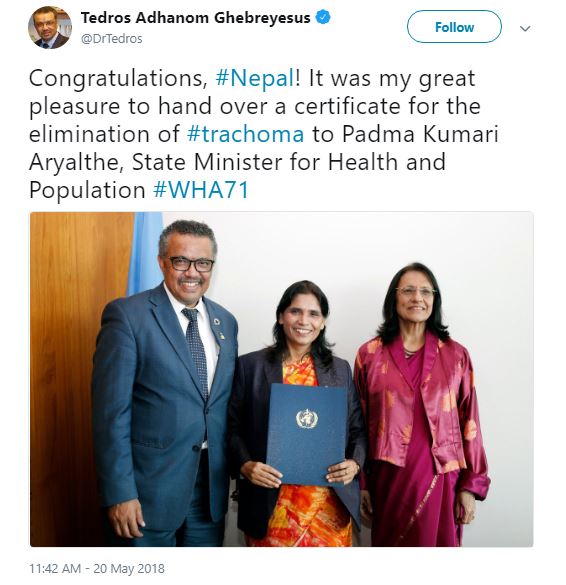 Nepal is also set to eliminate Kalazar and has been progressing in its field.
0
Share

Notice for the One year internship in clinical optometry program Nepal