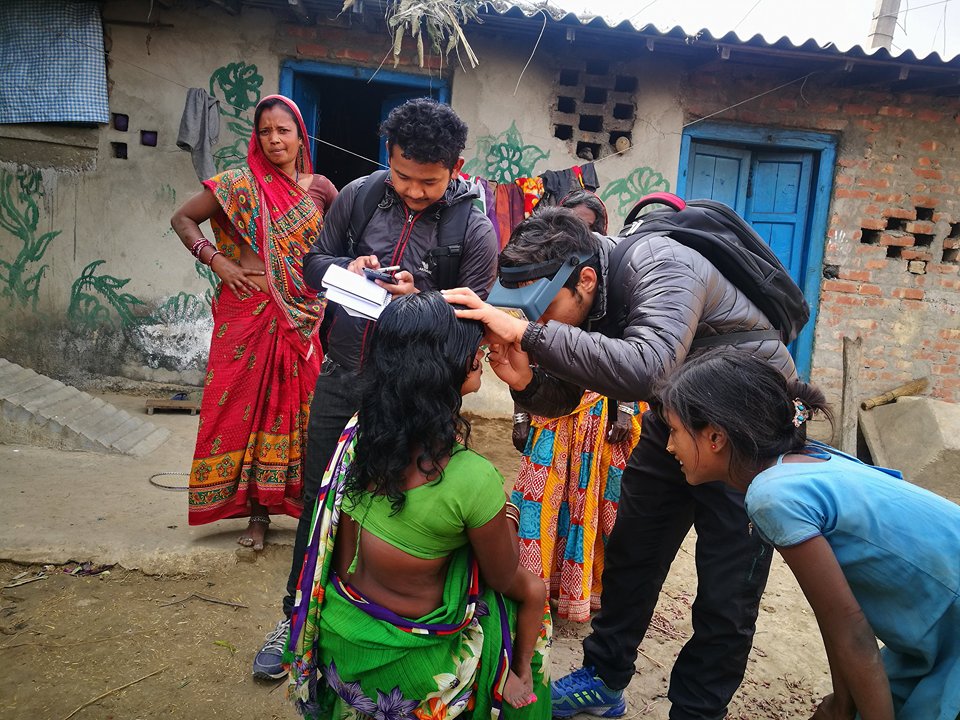 0
Share FacebookTwitterGoogle+ReddItWhatsAppPinterestEmail
At a time when the country is engulfed in controversies about how we can improve medical education, Nepal has attained the mantle of a trachoma-free nation certified by the World Health Organization (WHO). Trachoma is a vision related infectious disease unlike to cataract. Many wonder how a least developed country succeeds in earning such international recognition in the field of fighting cataract and trachoma that cause blindness. There are reasons for making the country able to gain global applauds. We should admit that non-governmental health institutions are comparatively delivering better service more efficiently.
Eroding trust
It is a fact that there is a lot to improve in our working styles in government hospitals, and health-related institutions. Empirical evidence suggests that there is an erosion of confidence in our own treatment system despite the availability of trained health officials and necessary medical equipment. Opinions are divided. The doctors blame the politicians going abroad for medical treatment emptying the state coffers, whose behavior puts a question mark on the quality of medical services provided in our hospitals. Conversely, patients who have been visiting hospitals in India and elsewhere for the sake of treatment contend that they have no choice. Their view is that there is no proper diagnosis of ailments that force them to spend money in foreign countries to get treated well. A recent interview of patients and their relatives who have accompanied them to hospitals in Delhi carried by one vernacular daily revealed their agony and compulsion to seek treatment outside the country.

There is no denying that there is a need to overhaul our system of medical profession including the efficient operation of hospitals that can earn the people’s faith and also gives due respect to the medical professionals. A look at the report concerning the operation of new medical hospitals, prepared by a commission of Gauri Bahadur Karki, a retired judge, exposes the corrupt dealings of medical mafias and a few notorious medical professionals, who have disgraced the noble profession. Hence, our government has an uphill task to fix the problem so that honest doctors and health officials are incentivized to dedicate to their duties, which can ensure reliable medical service to the people. Medical education has not been affordable to many bright but poor students due to corruptible investors in the related field. Current protests are also due to this.

In the area of eye treatment, however, Nepal has definitely performed in a way that has brought laurels to the country. The success achieved by the Tilganga Institute of Ophthalmology, Kathmandu has made it able to attract thousands of eye patients even from abroad. The above institute is worth emulating for its quality of service and the overall management. It’s handling of outdoor patients is exemplary. The queues are managed well. The clients are satisfied in receiving outdoor service, which is not the case in most public hospitals.

The indoor patient facilities are no less commendable and in terms of costs also the eye hospital has not made it inaccessible for many. This is why its founder and noted eye surgeon Dr. Sunduk Ruit was awarded the Magsaysay Prize, the Asian equivalent of Nobel Prize. There are a very few Nepali citizens declared worthy of this coveted award. His innovation of a treatment of cataract with less expense and time has been a milestone in fighting blindness throughout the country and beyond.
In the fight against trachoma too, the Tilganga eye hospital has done a remarkable job especially by arousing awareness among people about the health risk of that infectious disease and its necessary treatment. Due to its infection possibilities, trachoma is considered to be more serious than cataract. Cataract causes blindness to the individual who develops it, but trachoma spreads widely and can harm many if the patient does not receive treatment timely and properly.

The WHO reports indicate that appropriately 190 million people in 41 countries are at risk of being infected with trachoma. (The New York Times, July 17, 2018) Trachoma is now the world’s leading infectious cause of blindness. Cataracts are not infectious. Donald G. McNeil Jr in his New York Times piece “Victories in Sight” argues that about 1.2 million people are already completely blind due to trachoma, and about twice that many have lost some eyesight. About 7 million have eyelids that are torquing inward and need the 20- minute operation. About 21 million have infected lids that can still be cured without surgery.

Against such background the efforts made by Geta Eye Hospital, an institution run by a non-profit organization devoted to fighting blindness called “Nepal Netra Jyoti Sangh”, which means National Society for Comprehensive Eye Care in the treatment of blindness owing to bacterial infection, are commendable. In the global campaign to eradicate trachoma WHO and other foundations funded by generous Americans have played a crucial role and Nepal’s Geta Eye Hospital has been rendering invaluable services to the rural areas of the country where more than 25 % of the population live under the poverty line. Here we should acknowledge the services from thousands of Nepal’s female community health volunteers in facilitating the job of fighting trachoma.
Potentialities
The success story of the above hospital is indeed worth applauding as it has made strong contributions to the certification of Nepal as a trachoma-free nation, the sixth in the world the other five countries being Cambodia, Laos, Mexico, Morocco, and Oman. Through that hospital, thousands of paying patients from India have also been provided services. The international renown earned by Nepal in addressing the leading cause of blindness only demonstrates that there are potentialities exploiting which the country can leapfrog in the health sector. In view of this, we hope that the government can resolve the issue of medical education and create an atmosphere for making further progress in the health sector, which should help the realization of the goal of a prosperous and happy Nepal. At a time when the country is engulfed in controversies about how we can improve medical education, Nepal has attained the mantle of a trachoma-free nation certified by the World Health Organization (WHO). Trachoma is a vision related infectious disease unlike to cataract. Many wonder how a least developed country succeeds in earning such international recognition in the field of fighting cataract and trachoma that cause blindness. There are reasons for making the country able to gain global applauds. We should admit that non-governmental health institutions are comparatively delivering better service more efficiently.
via The Rising Nepal.
0
Share