No, Blue Light From Your Smartphone Is Not Blinding You 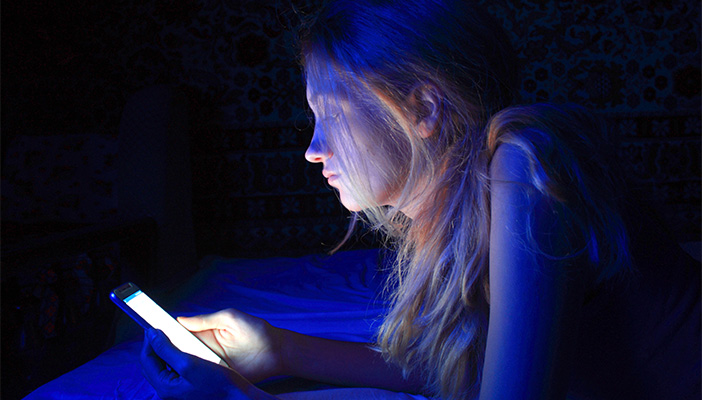 As based on the articles written by Dan T. Gudgel on AAO website here are the interesting things about Blue light from your smartphone and blindness facts.

Blue light from electronic screens is not making you blind. A recently released study has been creating both concern in the public and alarmist headlines from news outlets worldwide. But experts are cautioning that the news reports are leaping to unfounded conclusions about the potential effects of blue light on the eye.

This laboratory research is not a reason to stop using your screens. When asked by The Verge whether his research showed that using electronic screens causes blindness, Ajith Karunarathne, PhD, lead author of the study, replied, “Absolutely not.”

The research comes from the University of Toledo and was published in Scientific Reports. The researchers were looking at what happens when a specific chemical, retinal, is exposed to blue light. Retinal is present in the eye. And blue light enters the eye, both naturally in sunlight and from electronic screens. But the study’s findings cannot be turned into recommendations for real people in the real world.

Janet R. Sparrow, PhD, who is the Anthony Donn professor of ophthalmic sciences and professor of pathology and cell biology at Columbia University in New York, offered several notes of caution about this study:

The experiments do not mimic what happens in live eyes.

The real concern is that Spending too much time looking at a screen can keep people from blinking as often as they should and from focusing on things at different locations. This can make the eyes feel dry, gritty, tired or strained. The simple solution is to look at least 20 feet away, for 20 seconds, every 20 minutes. Ophthalmologists call this the ‘20-20-20’ rule.

Blurry Vision in the Morning : Reasons and How to Get Rid of Blurred Vision