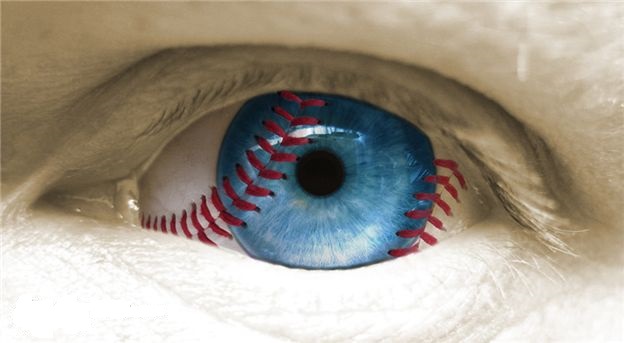 Tattooing done in the eye for the cosmetic purpose or improvement of sight is known as eye tattoo. There are various methods and eye doctors believe this practice must not be done until and unless the eye is totally damaged and cannot see.

There are major two types of tattooing that is practiced in human eyes. They are Corneal Tattooing and Scleral Tattooing

What is a corneal tattoo?

Cornea is the front clear watch glass like structure of the eye. Reasons for corneal tattooing varies from a person to person with the need of time. There are mainly two reasons to tattoo the cornea:
1. The main reason is to tattoo a cornea that is Opacified. Since the scarring of the cornea doesn’t look good on patient, most of them prefer to have a scar tattoo. Keratitis, Corneal opacity or cataract (In a damaged eye while patient is afraid of surgery) are cases where tattooing was practiced earlier.
2. According to Many Ophthalmologists, the indication of corneal tattooing is done for visual improvement in following cases i.e. Albinism (Skin disease where patient has white skin), aniridia (absence of colorful part of eyeball), coloboma (by birth defect where eyeball is not formed and colorful part is not formed as well), keratoconus (Front transparent part of the eye is cone shaped).

Due to recent advancement in science and technology, the corneal tattooing is not necessarily important and has been replaced by tinted (Colored) Contact lenses and Corneal keratoplasty (Damaged and scarred front part of eye called corneal is replaced by a healthy cornea of a dead person).

The idea of scleral tattooing came to the mind of a person named shannon. Then wife of shannon who got a jewelry implanted in on her sclera(White part of the eyeball) by a dutch eye surgeon named “Gerrit R. J. Melles”. He inserted small platinum jewel with normal saline solution. The sodium chloride solution would form a pocket while it would disappear with time leaving the jewel behind. Shannon thus thought to replace the saline with dye. Thus, a tattoo artist called luna cobra tried to inject dye in the sclera of the shannon and his friends. The process was successfully tried in the year 2007. 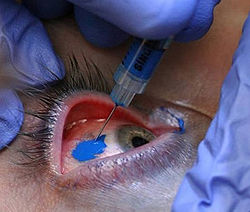 The senate of okhlakha made it illegal to do scleral tattooing for fun looks. Many Ophthalmologist claim this to be a act of foolishness. The dye could lead to blindness. In 2017, a Canadian model nearly lost her eyes while trying this act of foolishness. Any one holding a needle near eye unless he/she is trained eye surgeon, it is too risky and dangerous act.

Yes, It is permanent as any other body tattoo is if it is a case of scleral tattoo. whereas the corneal tattoo fades over time. Since the white part of the eye called sclera absorbs color, it can’t be changed to any other color unless a white dye is inserted again which hasn’t been tried yet. So, It is impossible to reverse the whole process. 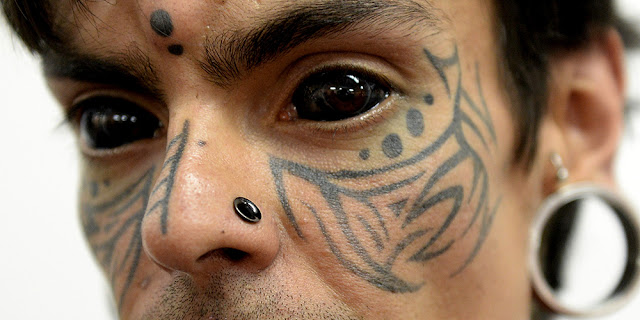 How bad do eye tattoos hurt?

If It is corneal tattooing tried by your eye doctor, it is almost painless as it should be. Anaesthethic eye drops are instilled or they make sure you feel nothing during the whole procedure while if it is scleral tattooing, it would hurt a little bit as the needle has to pass thorough to reach the sclera. The needle penetrates the white superficial layer called conjunctiva. Conjunctiva covers the sclera and it looks like a translucent mucus membrane. we suggest not to try these as results are not always as expected because in many cosmetic cases eye tattoo gone wrong.
Watch the video of eye tattooing
0
Share

First All Nepal Optometry Conference to be held in October